Whenever I show my landscape images to my friends they say : ‘ Wow 월인석보 다운로드! It must be a very beautiful place ! ‘. That expression is almost certain if the image is that of a waterfall. But, less often than not, they ask me ‘ Hmm next player video! By the way, how big is the falls? ‘ and I really appreciate the people who ask me that question! Where as, most of the people just get carried away by the colors and the beauty of the place, there are indeed handful of them who think about the reality aspect of it and try to see the image from the representational angle of it Free music icons. This post is dedicated to my second category of friends.

With just mere beautiful photograph of a landscape, it is often difficult to judge the enormity of the place zwift 다운로드. Sometimes it may also happen that, even if we include a tree or a rock to give some sense of scale, the purpose will not be truly served 죠니매크로 다운로드. This is because, the viewer may not know how big the tree was or how large the rock was!! There are big trees and there are small and so is true for rocks as well Newsroom Season 2! So the question still stands at  – how big  was it in reality  in relation to what is depicted in the image?

For instance, in THIS image, it may be difficult to judge the size of the stream though there is a rock in the frame poi 100 만건 다운로드. Same may be the case with THIS image also 윈도우 xp 익스플로러 11 다운로드. In both of these two images though there are rocks in the image it is difficult to guess the size of the rock and hence it is difficult to judge the scale of the stream 삼성 공식 순정 펌웨어 다운로드. Either in THIS beautiful image of Jenukal Gudda or inTHIS wonderful image of Vibhooti falls, though there are trees in the image,  it becomes difficult to perceive its size and there by the scale of the whole scene or judge the height of the waterfall Download the demo game.

Now, I am not saying that not giving the sense of scale is anything bad. But sometimes it brings in a different dimension to the viewer if he/she get to know the scale of the landscape that is depicted in the image, there by creating an everlasting impact in the viewer’s mind.

My analysis:  The best way to portray the sense of the size, is to include something that has definite size to which we can relate to. The best way I would suggest is to include humans – though the body surface area varies from XS through XXL, more or less, in nature, when viewed in relation to a large landscape it is easier to grasp the enormity of the landscape. They make an excellent element to give the sense of scale to the whole picture. If you take your dog along with you, then you can think about including them as well. Make sure you discipline them so that  they may give you a little room for your composition ( as they normally dont sit quite at a place! ) . 🙂

In my last two blog posts about various perspectives of Sathoddi ( Why visit the same place again AND Yes I went to Sathoddi Again ), the same thought holds good for almost all the images. Hence I decided to give the readers of this post, a sense of the height of the falls, so that you can relate to it the next time you see any images from that place.

Below are two images in which one is with just the falls and the other with few people in the frame close to the falls. 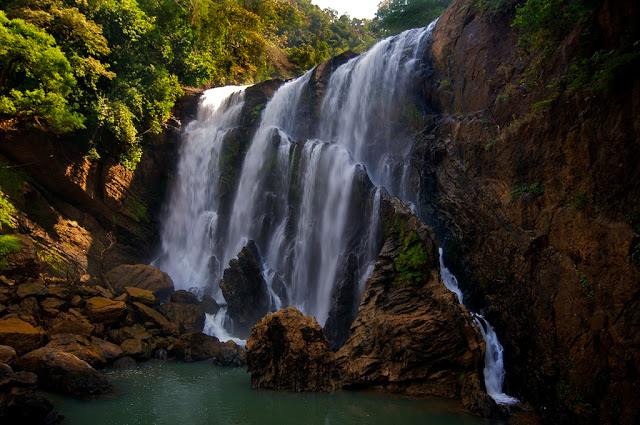 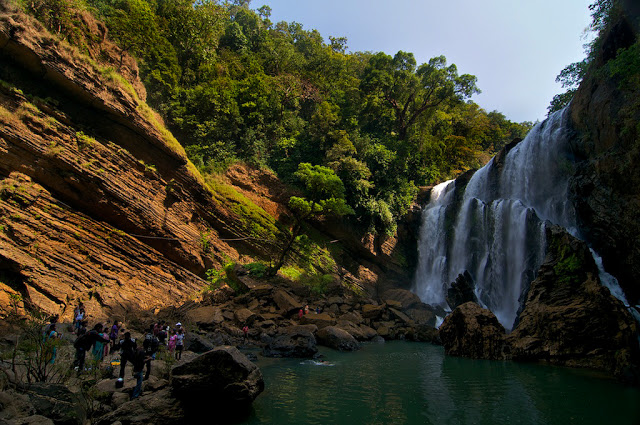