Normal tendency of photographers is – to  visit a beautiful place, spend time shooting and move on to another one. They make images which are offered at that point in time. Sometimes, they tend to get some amazing images which can be  kind of attributed to their sheer (good) luck!

Then, there are those who spend weeks and months together in one place before they leave the place. These photographers know what they are up to and do not compromise on what they exactly want 지멘스 모터 다운로드. Most of the times they tend to return with no “fruitful” result BUT they do return home with tonnes of experience that will go a long way in shaping their approach and field knowledge, going forward. Going home empty handed do not deter these people from achieving what they intend to achieve and they stretch themselves, try harder to get THAT image on their mind. When they return with the results, the world would see them with raised eye brows and the jaws drop! Mike ‘Nick’ Nicols has done that with the Tigers of Bandhavgarh, Steve Winter has done that with the Snow Leopards of the Himalayas and with the Tigers of Kazi 영화 추격자 다운로드. Stefano Unterthiner has done that with Crested Macaques and Whooper swans. Mattias Klum has done that in the jungles of Borneo. Vincent Munier has done that with the Ethiopian Wolves and with the Bisons of Europe. All these examples are in the field of Wildlife Photography.

In Landscape Photography, this approach is hardly followed. Reasons are obvious. So, there are the third types of photographers who follow slightly different approach to realize their vision – go to the same place again and again AND again youtube videos from Chrome! Go there in different seasons…Go there when the colors are different… Go there when the natural moods are different… Go there when personal moods are different! The set of images a landscape photographer gets in all these visitations are  completely different than all previous visitations – majority of the times. These persistent visitations empowers them and puts them in a state of mind that they see the same place in different colors and  possibilities with ease 황천수 다운로드. For some, this may not seem very reasonable and many might not comprehend as to why the person is visiting the same place over and over again . Instead, why not go to a different place for better opportunities and of course, fortunately there are no scarcity of wild and beautiful places on earth is what they feel! But, do not forget these third type of photographers know what they are behind and are very clear about their vision. They are not fully satisfied until they feel they have seen almost all the possibilities of the place, in all its color and all its moods. Again, with this approach, many have excelled and have set some amazing examples – Guy Tal has done that with the region of Utah by photographing the place in different seasons when color of the landscape transforms over time Ied mp3 if. There are many more such examples that can be found elsewhere. Image collection that comes out from this approach, many a times, seem astonishingly different than the ones that are previously captured.

I have been visiting Western Ghats region of Karnataka from past several years and from the time I started photography I have been to the place for the photo expeditions a number of times. Most of the time my itinerary revolves around almost the same set of places. I want to FEEL them in different time of the year. Photography has definitely changed my way of looking at these places Win Clone. And every time I go there, I see different possibilities.

When I was there in the monsoon of 2008, volume of the water was normal ps4 games. Though it was higher than the winter and summer, the typical fury of the monsoon was missing. The falls was calm and supremely elegant. I enjoyed making images of the beauty. 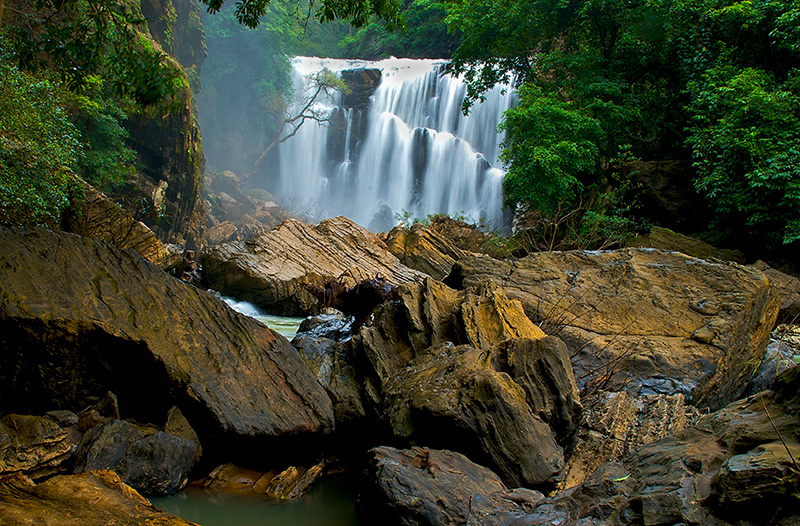 I was there again – the next year but this time  during the end of monsoon season. Time – evening. This was the first time that visited the place at dusk. The sun sets at the other end of the valley radiating all the ‘glory’ on the falls, illuminating everything around with the yellow-red hue glass mask. It was amazing feeling for me. I have been to the place since my childhood but never has witnessed the beauty of the place at dusk. A new feel for me it was. 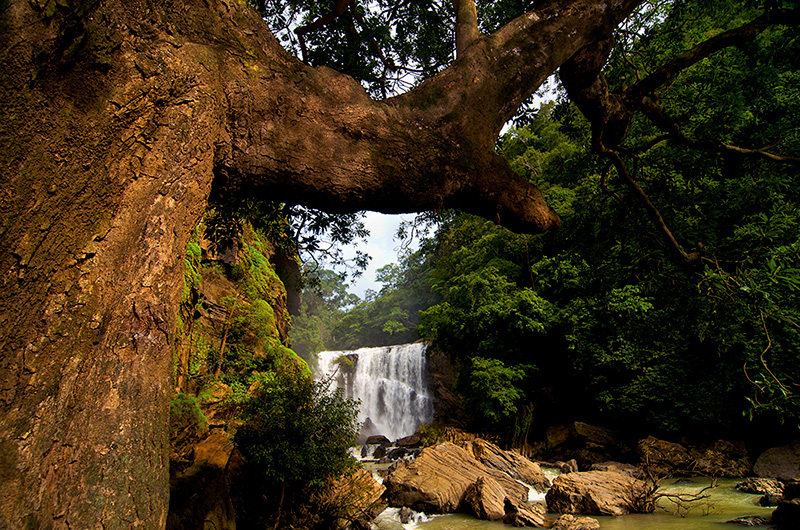 2010 mid-monsoon was my latest visitation to the same place! That was a story! The road was inaccessible from nearly 4 kilometers and we had little time to reach the place and head back to our vehicles. My trip partners were a bit skeptical in succeeding to reach the place on foot and coming back within the available time was a distant dream 정독 성경 다운로드. But something in me was just pushing me towards the place. There was a strong urge inside that was preventing me from taking a step back. Even though it was hard for my team mates I kept on pushing them to at least have a glimpse of the falls. Finally, when we were nearing the falls I began sensing something very unusual. The roar of the water was terrifying and the so called ‘water splash’ had inundated the way completely! I had never seen or expect the walking trail to be that wet in all my previous visits! As we were nearing the falls, thunderous roar and the resultant  ‘shock waves’ from the gush of water was kind of pushing us back Son's Four! Sathoddi was at its full fury! I had never seen Sathoddi like that and I bet not many has seen it that way! Gushing water was completely red and murky and the sheer amount of water rushing down the falls was unbelievable ! Even the tip of  the rock, from where I had photographed last year was not even visible ! The ‘rush’ was so huge that all I could click was only 8 frames! Every time I took my camera out, there was no way I could keep it dry! The front element of the lens was going completely wet by the water splash and not to forget that we were at least 70 meters away from the falls! It was incredible!! 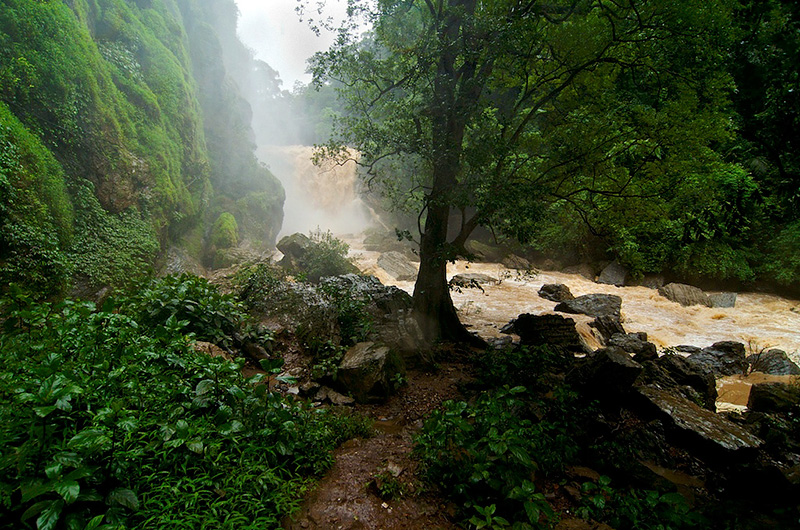 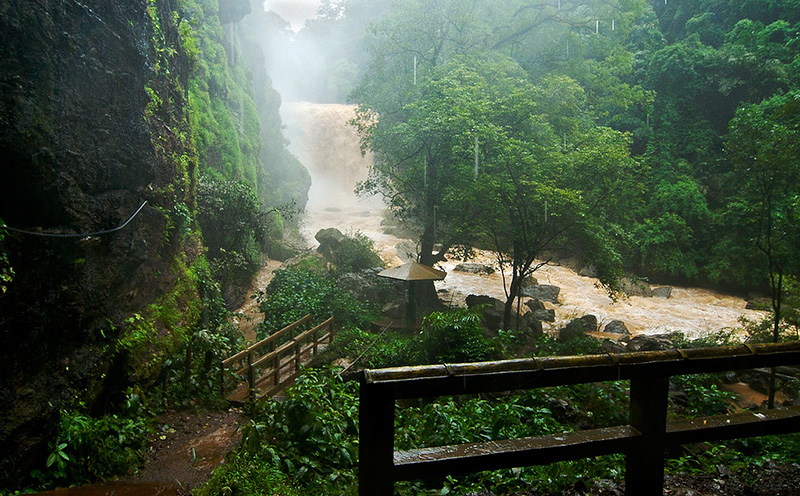 Finally, when I was there the falls had regained its elegance and the fury was a matter of past! But I have not forgotten that amazing moment! This time it was a winter weekend. The place was  filled with tourists.  People were enjoying the waters. To avoid them, I went to the opposite bank and found some interesting viewpoints to shoot. Again, some different perspectives! 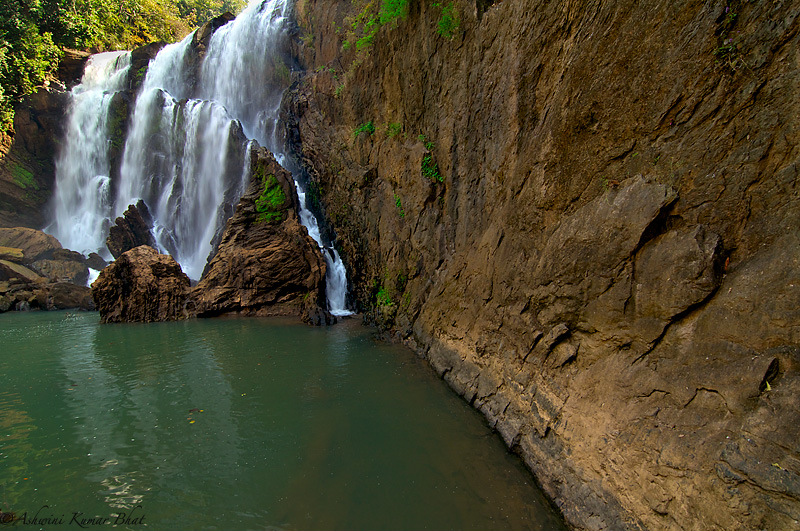 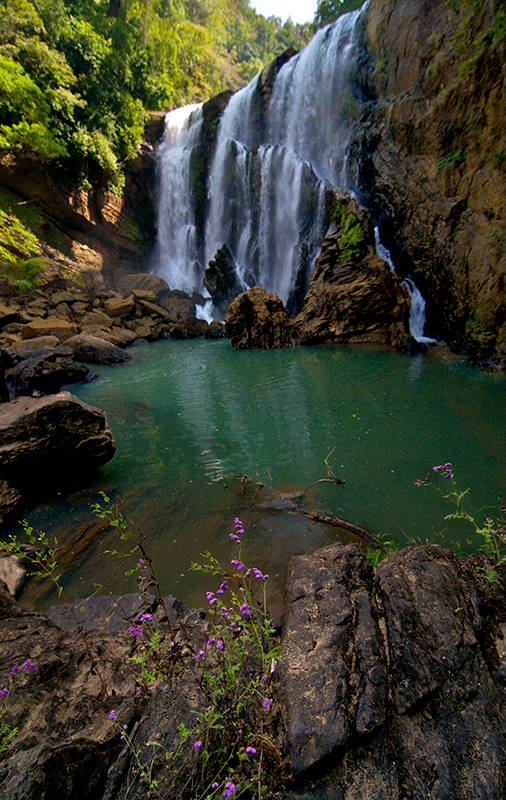 I don’t know how many times I would visit Sathoddi again in the future. I am sure it has some surprises and offerings for me in store.  All that is needed is more exploration.  I am looking forward for my next visit.

I am not bored of the place yet.

How can I, when I belong to the third kind of photographers? 🙂

2 thoughts on “Why visit the same place again?”