“Mortal as I am, I know that I am born for a day Eclipse jee download. But when I follow at my pleasure the serried multitude of stars in their circular course, my feet no longer touch the Earth.”

Ptolemy was a brilliant astronomer and a very diligent observer Middle star download. Ever since I was introduced to this grand statement I was captivated by his wordings, and was curious to know how he had visualized this statement? I wanted to explore what exactly he meant when he said “my feet no longer touch the Earth” Subnotica free download? When he observed “stars in their circular course” he was referring to Star Trails, but what was the scale of his Trails, given that he referred to the entire night sky with the “serried multitude of stars” Instagram logo? And finally how did he factor in our existence in the grand scheme of things, when he humbly stated “Mortal as I am, I know that I am born for a day” vector maps?  Is a Night Sky image as grand as his imagination possible? If it is, what would it look like? How can we visualize an out of the body experience and our trivial existence by plotting the chart of the heavens above Download acrobat reader pro?

I have been exploring this fascinating idea to get into the head of this philosophical astronomer and construct some images with which I hoped to draw out his Vision in simple pixels 저스트댄스 wii 다운로드. Its the vision for a landscape which has been unseen and an Unseen Landscape of this magnitude definitely required some effort your computer desktop!

The starting point for my visualisation was straight forward and involved Star Trail images. They would show the stars moving in a circular pattern around the Pole Star and this type of an image would help me bring to life Ptolemy’s statement about “stars in their circular course”.This was Simple to visualize 별의별 다운로드.

I was introduced to Stereographic projections a few years back for making unique 360 Deg panoramas. These images unlike regular linear panoramas place the viewer in the centre of a circular panorama, and does so by providing a sense of “float” about the ground Sichuan Games. This immediately made me realise the role this technique would play to visualize Ptolemy’s “my feet no longer touch the Earth” point. So I decided that the image I was going to make would be a Star Trail image presented as a Stereographic projection. The fact that I would have to shoot the entire 360 deg around me for a complete Stereographic projection also meant I would cover the entire night sky and would hence help me visualize the “serried multitude of stars” part of his statement as well. Well, this was not simple to execute but held the key to bring Ptolemy’s vision to life.

” …when I follow at my pleasure the multitude of stars in their circular course, my feet no longer touch the Earth”

Now came the tricky part, how would I visualize the mortality of a person or of an entire ecosystem in an image? I explored a lot of ideas, both visual and philosophical, to visualize the point “Mortal as I am, I know that I am born for a day” and always fell short of a convincing answer. After a LONG ideation process, I realised that any visual that showed the vulnerability of us (and the planet) would be a fair enough representation of our mortality, and all I needed was to choose a way to depict our vulnerability in an astronomical sense. The first thought that popped into my head was a meteor shower with all the meteors hurtling down upon us. I guessed if there was any astronomers worst nightmare it had to be meteor strikes all aimed at impacting the earth. The fact that we have a couple Hollywood disaster movies on this theme also justified my idea. 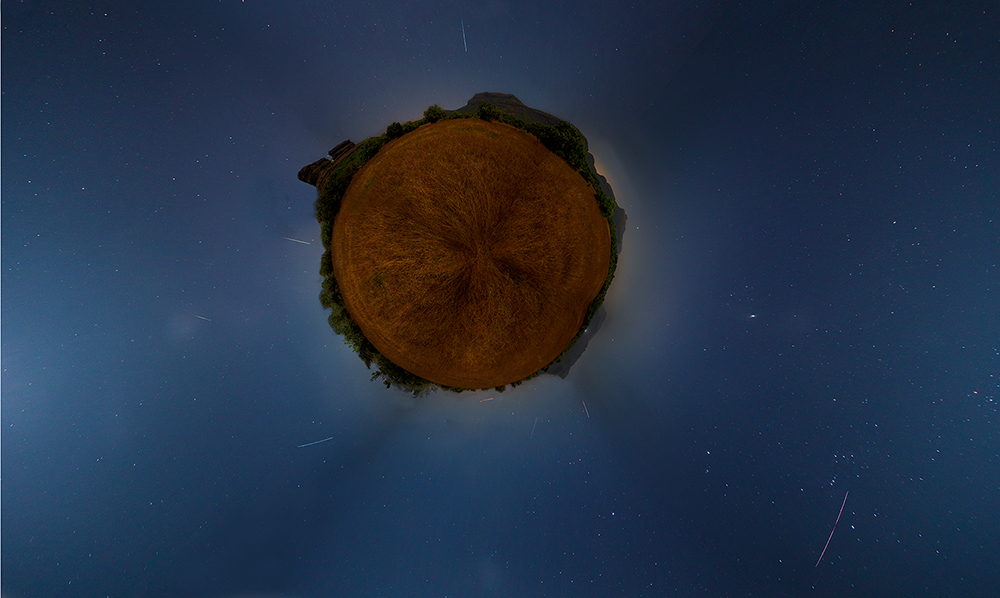 So there it was, in order to bring Ptolemy’s imagination to life, I was to make a Stereographic star trail image and a Stereographic meteor shower image. This entire thought flow to add pixels lasted for close to 3 years, a small time compared to a vision that had been unseen for close to 2000 years!!! Wonder what Ptolemy would say? 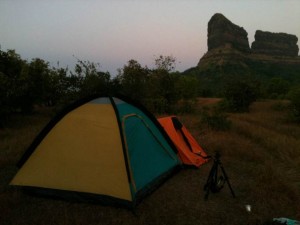 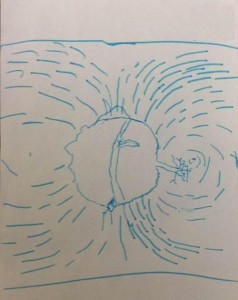 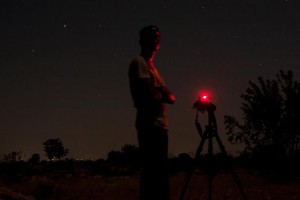