Ever since I remember I have been an Astro buff. And if it’s got anything to do with either an Eclipse or a Meteor Shower, then mark my words, I am there to follow it. Dec 10 2011 was a special day with this regard as it promised my two fascinations stacked up together!

Of course the much publicized Lunar Eclipse was always exciting enough for me, but what made it even better was the little known fact that this week also happens to be the week to watch out for the Geminid Meteor Showers 삼국지12 한글판 다운로드. These Meteor showers peak on Dec 14 and there was always a fair chance that I would catch a few “Early” meteors if I was lucky. And to catch a meteor during the Eclipse would be sheer brilliance. I was planning on compiling a Timelapse of the entire eclipse starting from Moon Rise to Eclipse Totality till the Eclipse was over which would  span over 4 hours long microsoft fix it 50202 다운로드.

So with all my ground work and planning set up I decided to head out of the city to chase my eclipse and possibly even catch a Gemenid meteor. I was going to one of my favourite Star Gazing locations Jayamangali some 140kms from Bangalore. Things did not seem very promising initially as Bangalore was still reeling under the capricious bouts of the retreating monsoon Aquaman free download. Cloud cover and rain were always in the forecast. Both of these were enough to pour water over my months of anticipation and planning. None the less I packed in my equipment and set out hoping for the best, as it’s better to fail trying than not trying at all! So with a worrying look at the eastern horizon I set out. The sun was playing hide and seek all through the drive and I noticed how the clouds even though thick, were fast moving 1985 Download. Reaching my destination by around 4pm gave me enough time to exchange a few pleasantries with the forest guards who by now had become my good friends and also to set up my equipment in daylight. All through the evening till around 5:30pm there seemed little hope. Then suddenly as if by magic, the clouds in the east seemed to be getting thinner 용의기사 플러스 다운로드.

The clouds had cleared! HURRAY!!! I cried and thanked my lucky stars. 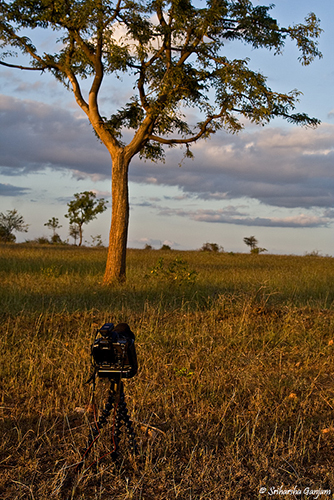 The moon rise happened at 5:53PM on dot and I had everything set up. One of my main challenges during this Timelapse shoot was to have a smooth transition from the daylight (evening) to moonlight (pre eclipse) and then to no moonlight (during eclipse) and finally to moon light again (post eclipse) Download the containor. I had never done such a Timelapse with such variable light conditions. Hoping my theoretical assumptions would be accurate I set of my Eclipse shoot carefully monitoring each and every shot.

Setting up my intervalometer for the calculated exposures I finally sat down to watch the disappearing act. A few phone calls back home yielded the fact that Bangalore and elsewhere were cloud covered rendering the Eclipse viewing sub-optimal 상처를쫓는자 다운로드. I could not believe my luck. Of all the people and places, I was in the right place at the right time! The moon all along was getting dimmer and smaller, and then came the moment all Eclipse chasers wait for, the Totality! At precisely 8:02PM the last remaining slimmer of moon disappeared into the dark and a black inky darkness took over. The moon as if stifled behind an iron curtain tried hard to fight the darkness by giving out a faint red glow Instagram video. This was my Zen moment, watching the moon glow a faint red. I suddenly realised the sky was filled with zillions of stars which were till then invisible. I knew this moment would not last long and truly enough after about 40 mins of totality the moon emerged again from its shadows to conquer the night it rightfully possessed 신의 한 수 2014 다운로드. 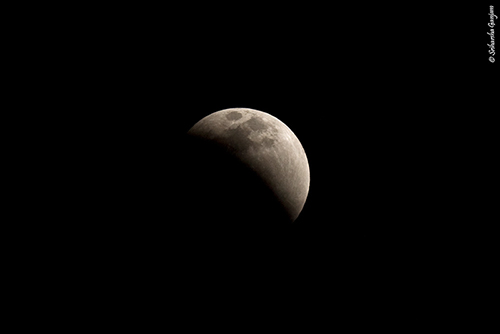 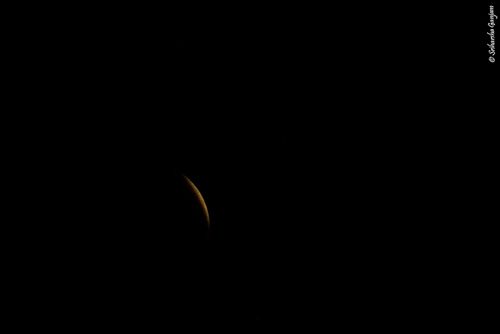 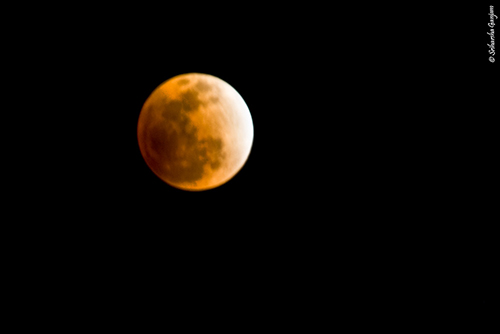 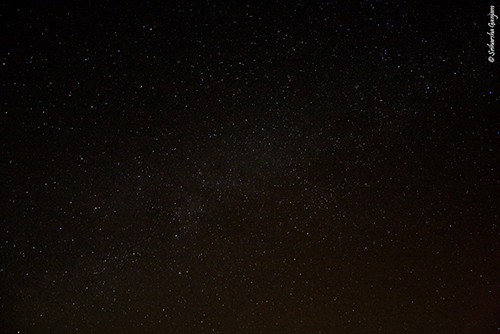 All was going great till I suddenly remembered, What about the Geminid Meteors? I was hoping I would see at least one and nothing on that front had happened till now. And almost as if to answer my question a lone Geminid streaked across the sky from my right to left One piece theatrical version of jet download. Geminids are known for their long and slow trajectories. There are also reports of them coming in multiple colors. The one I saw lasted close to 30 seconds and was red in color and was moving at a relaxed pace. Then almost as suddenly as it had appeared it disappeared. If any of you reading this wants to catch the Geminids then you still have a chance to see them on the Dec 14 when they peak. Despite the bright moon light they are visible and you can spot them with naked eyes itself. Look for them in the constellation Gemini. 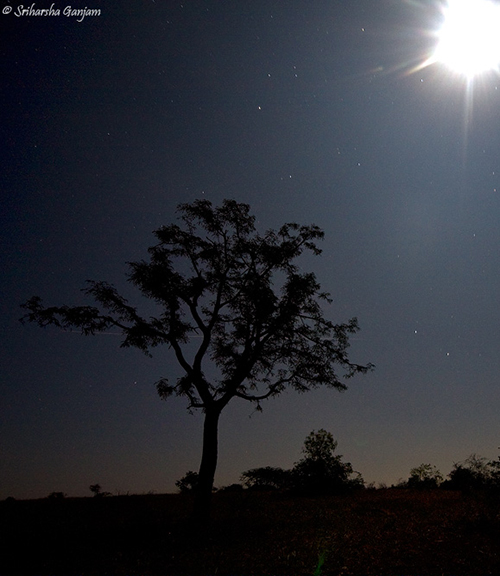 A Geminid meteor streaks across the sky. (Look for the faint red line behind the tree branches. A properly calibrated display is preferred to view it easily)

Given the fact that I was out shooting the eclipse alone and this was a 4 hour long eclipse I always thought I would get bored, sitting all by myself in the cold and dark and watching the moon do the disappearing act. But I could not have been more wrong. I don’t know how time flew, and in retrospect I think I found profound joy experiencing this magic of nature. Adding comfort to the experience was all my wishes of weather it being clear skies or a memorable eclipse or even a Geminid all coming true. 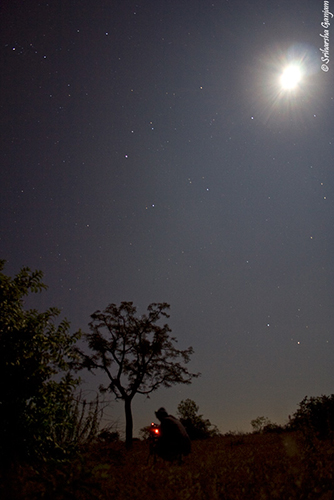 Chasing an Eclipse can be such fun! 🙂

I have intentionally kept my Timelapse music free as I wanted to capture the stillness of the night that evening. 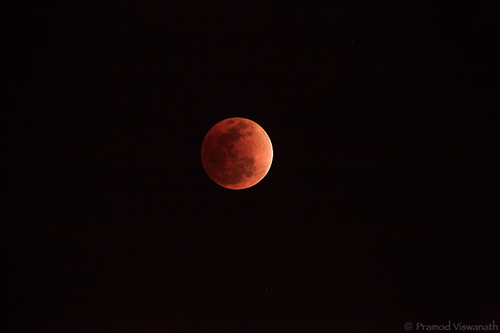 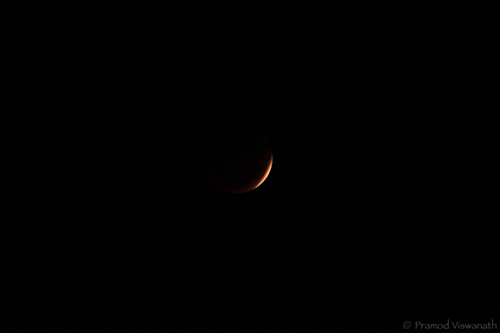